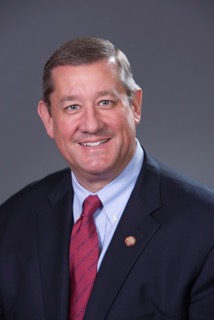 Jim brings over 25 years of telecommunications, wireless and real estate experience to Hollenbach, most recently serving as Chief Development Officer and Corporate Secretary of Grupo TorreSur (GTS), a company Jim co-founded in 2010. Backed by Providence Equity Partners, GTS was formed to aggregate the preeminent portfolio of wireless telecommunications towers in Latin America. With over 6,000 towers concentrated in the largest population centers in Brazil, GTS is now the largest independent tower operator in the Latin America.

Prior to joining Grupo TorreSur, Jim served as the President and Chief Development Officer of Optasite, Inc. Optasite was sold in September 2008 to SBA Communications, one of the United States’ most prestigious publicly traded tower aggregators. Jim Joined Optasite in 2003, serving as its President and Chief Operating Officer until January, 2006 when he was appointed Chief Development Officer. While at Optasite, Jim served on the Board of Directors of Optasite, on the Board of Optasite’s joint venture with Trillion Partners, Optasite-Trillion, LLC, and on the Board of Directors of the Concho Cellular One Telephone Company. He joined Optasite from Concourse Communications Group, LLC, where he was a founder and President.

Jim currently serves on the Board of Trustees at Springfield College where he serves as Vice Chair and formerly served on the School’s Executive Committee and as Chair of the Institutional Advancement Committee.  Jim is also Treasurer, Executive Committee member and Trustee of the Willie Ross School for the Deaf in Longmeadow, MA and is a Corporator of Monson Savings Bank. In 2017, Jim was appointed by Massachusetts Governor Charlie Baker to serve on the Massachusetts Department of Transportation’s Public Private Partnership (“P3”) Infrastructure Oversight Commission. Previously Jim served on the Advisory Board of the University Without Walls at the University of Massachusetts, Amherst, on the Board of Directors of the YMCA of Greater Springfield and as a Trustee of Daniel Webster College in Nashua, NH. Jim holds a Bachelor’s Degree from the University of Massachusetts at Amherst.